When Darren Winslow and his team decided to upgrade the energy system at the county’s Forensic Science Building—where our medical examiners rely on a precise, temperature-controlled environment to preserve the bodies of those whose deaths they are investigating— he knew there was more at stake than normal.  “If we don’t get this right,” he told the contractor, “it could be the difference between a guy going to prison for life or walking free for murder.”

This is just one example of the way in which Maricopa County has transformed its energy use. 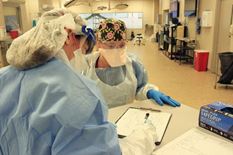 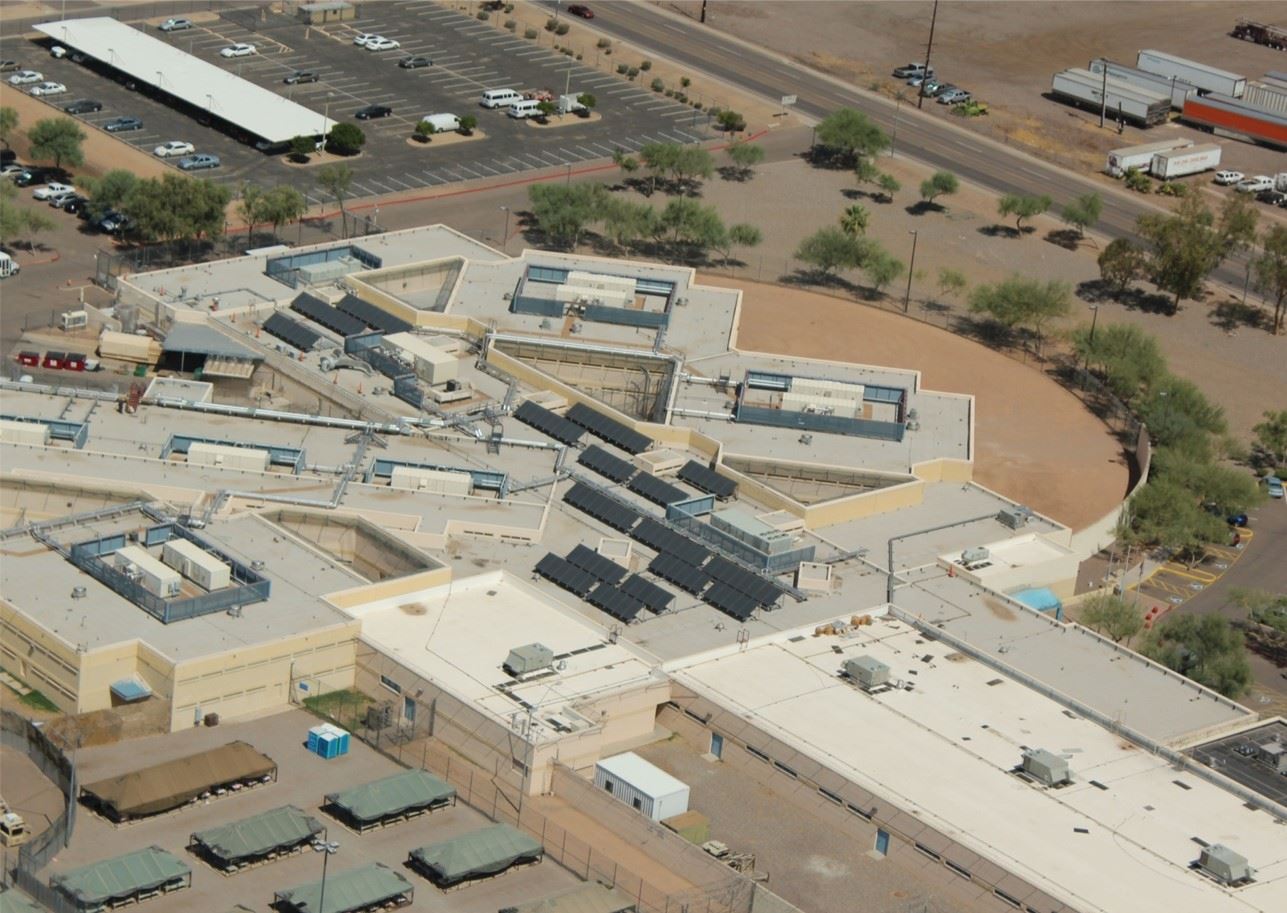 "What we’re talking about are small changes that can add up  to big cost savings said Supervisor Bill Gates, District 3. Sometimes  that involves investing in new technology, like we’ve done with solar  and our EV fleet.  But often times, we can save money and energy simply  by looking at what we have with a new pair of eyes.  I have no doubt  we’ll continue to innovate in this area."

Since 2010, the  county has added four separate solar installations, expanded the use of  the downtown Phoenix chilled water loop to keep buildings cool, and  added solar thermal to its energy portfolio. 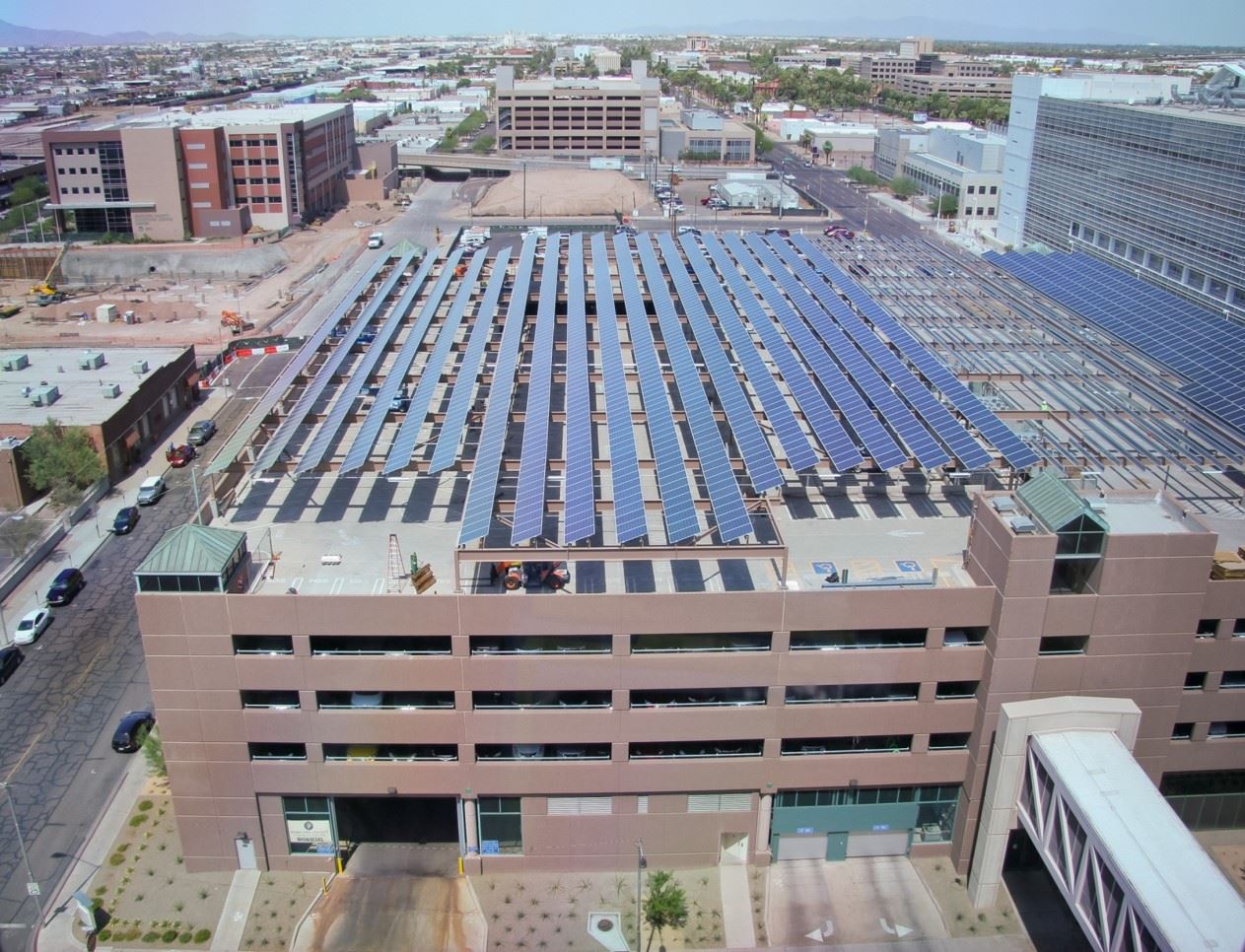 At Estrella Jail, 77% of the hot water demand is met by solar energy.

At  the Lower Buckeye Jail Food Factory & Central Services building,  solar thermal accounts for a whopping 76,253 gallons of hot water per  day, which is about 56% of the building’s demand.

Solar  installations positioned at the elections warehouse, the downtown  justice center, and other locations tie directly into the power grid,  leading to discounts on energy bills.  Since January 2015, Maricopa  County has received $1.6 million dollars in rebates from APS for  energy-saving measures.  In 2012 alone (the year many of the solar  installations were completed), Maricopa County received $967,035 worth of APS rebates. Those savings go back into the general fund, to be allocated for other services. 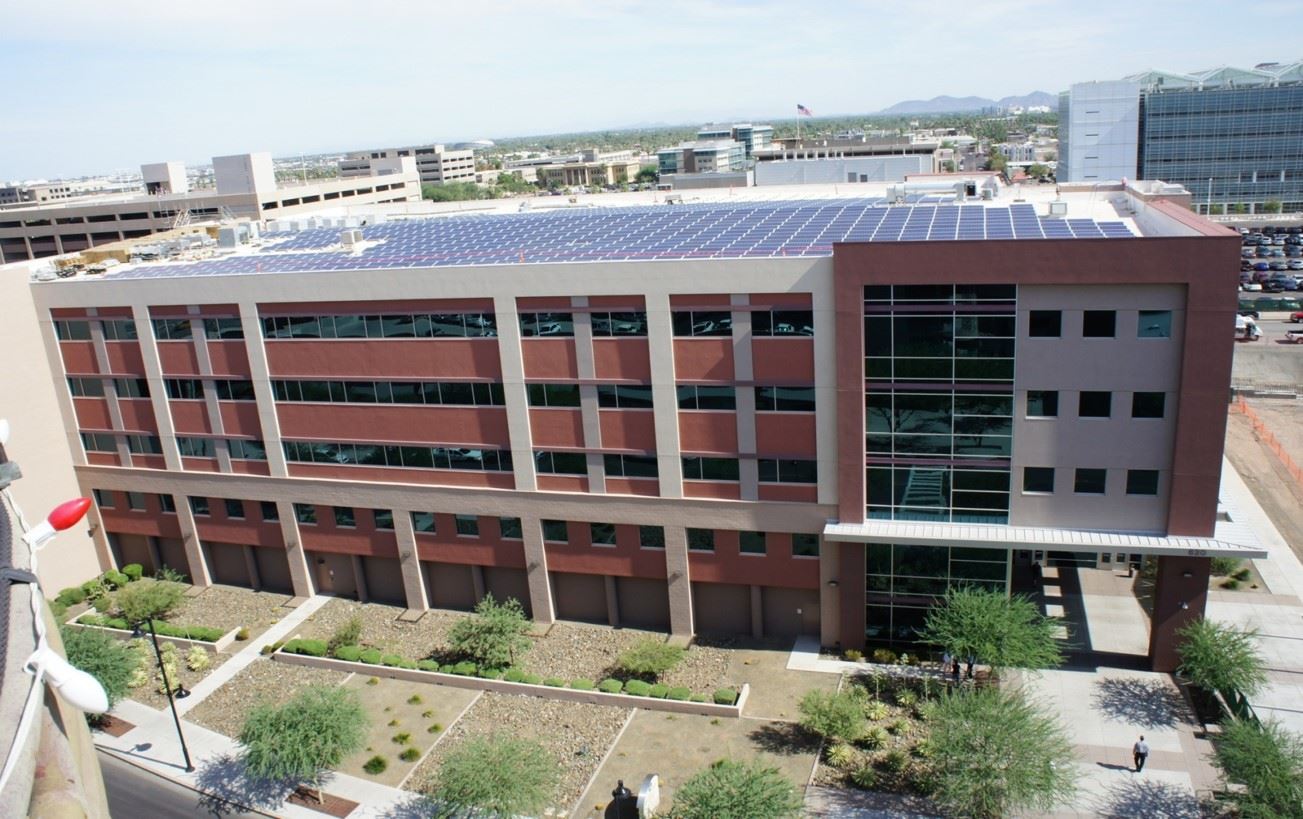 Solar investments are probably the biggest—and most quantifiable—cost saver, but automation is important as well.  For example, newer buildings utilize “daylight harvesting” which senses the amount of natural daylight in a room and dims the artificial lighting accordingly, cutting back on energy use.

Winslow, an Automation Specialist in the Facilities Management Department, says the county has picked most of the low-hanging fruit in terms of energy savings. Now the focus is on efficiency.

That can mean updating energy controls, like the project at the Forensic Science Center; investing in newer technology light bulbs; using more electric vehicles; installing low flow and waterless plumbing fixtures; or other efficiencies not yet, or only partially, explored.